Contemporary media reporting is awash with images of the island of plastic in the Pacific Ocean, of the destruction of the Amazon rainforest, and of swaths of parched land as one of many consequences of climate change. And because it is the TV and media companies that are sending these images around the globe, they have a special responsibility themselves, says Stefan Thul from ProSiebenSat.1: “Even though film and television production accounts for a small proportion of total CO2 emissions and environmental pollution, we as media have a high profile that we can use to prompt a rethink in society and business. And we all must live up to this role model function.”

As Executive Vice President Production Management at ProSiebenSat.1, Stefan Thul is responsible for the business management and administration of all of the Group’s film and television productions. He describes his department as “the eye of a needle”: “There are no productions on our channels that do not cross our desk to be commissioned by us, be it ‘The Masked Singer’, ‘taff’ or ‘Jerks.’ It was therefore only logical that the topic of ‘green productions’, i.e. ecologically sustainable productions, was initiated and rolled out centrally by us.”

as media have a high profile that we can use to prompt a rethink in society and business. 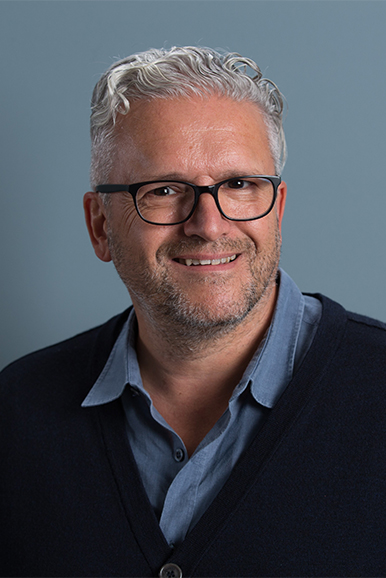 The industry has been discussing climate and environmental protection since long before Greta Thunberg: “Both in our team and at conferences, our industry’s ecological footprint was repeatedly on the agenda. Eventually we said to ourselves: ‘It’s not rocket science, let’s just get on with it for ProSiebenSat.1’.” In June 2019, representatives from all areas of the broadcasting and production business came together. They were advised by the external sustainability expert Philipp Gassmann. Half a year later, they had come up with an extensive package of measures with 14 targets for green productions called “Clean shoot!”. It centered on the action areas of reducing CO2 emissions, protecting natural resources, avoiding environmentally unfriendly substances and reducing plastic as well as waste in all productions.

Thul goes into the details: “Our greatest potential savings are in electricity consumption and travel for shoots and research. If, for example, we use LED technology for lighting, we can achieve energy savings of around 90%. With green electricity, we emit 90% less CO2 compared to the German electricity mix. And before every flight, we now check whether traveling by train or, even better, video conferences are an option. We will limit flights within Germany to the absolute minimum.” In addition, the “Clean shoot!” package contains recommendations for waste separation and the use of materials for film set constructions as well as a ban on disposable plastic tableware and bottles, to name just a few examples.

In the “Clean shoot!” initiative, ProSiebenSat.1 has formulated 14 targets for ecologically sustainable television and film productions, including:

Energy: All production sites, studios and offices are exclusively to use green electricity. We will thus emit 90% less CO2 compared to the German electricity mix.

Light: LED technology makes energy savings of up to 90% possible. Therefore, 90% of the calculated units are to be LED lamps.

Travel/flights: Flights within Germany are to be limited to the necessary minimum. Before every flight, it should be considered whether traveling by train or video conferences are good alternatives.

Catering: Catering is to promote regional and ecological food, with a share of at least 50%. Moreover, a vegetarian alternative must always be offered. The aim is to reduce meat consumption.

We want to create a joint market movement

In January 2020, ProSiebenSat.1 sent the catalog of measures to around 100 producers, starting the one-year pilot phase. Since then, the project has been successively expanded to all of the Group’s new German productions. The clear objective is to reduce the processes’ negative environmental impact as far as possible, in dialog with the entire film and television industry. “We want to create a joint market movement,” says Thul. “At the moment, the market is not yet in a state that allows us to implement every individual measure in every production. An example: Access to green electricity on shoots outside our own campus is simply not available yet. But the more we ask, the more we can achieve.” There has already been some initial success: For instance, one of the major studio service providers in Cologne now purchases green electricity at the urging of ProSiebenSat.1.

Stefan Thul’s team is currently testing the practical implementation of the recommendations before they go into routine operation in the summer. They are also integrating a CO2 calculator into TV calculations for a standardized calculation of emissions for all producers. This will create a reliable data base that documents the actual pollution level of individual projects. Only after the pilot phase does Thul intend to decide which measures are to become binding commission criteria for producers. What are currently recommendations will then be mandatory for contractors.

And how is “Clean shoot!” being received by producers? “Our pilot project has fallen on fertile ground,” says Thul. “The great thing about our industry is that it has lots of enthusiastic people who by nature are open to new ideas. Many production companies, like our in-house subsidiary Redseven Entertainment, had already started their own research or initiatives with regard to ‘green productions’ and are delighted that they have now been given a detailed guideline with specific recommendations. It has been well received!”

The extent to which the film and television industry is pulling together here, is also demonstrated in a joint industry declaration for sustainability in film and series production. On February 19, 2020, numerous industry representatives, among them Annette Kümmel, Chief Sustainability Officer at ProSiebenSat.1, signed this declaration at the invitation of the Minister of State for Culture and Media. The clear goal: To put sustainability more on the agenda, bringing ecologically, economically and socially responsible action to the fore.

Redseven Entertainment is one of the German production firms with an exemplary approach to environmental and climate protection. The subsidiary of Red Arrow Studios has been promoting “green shoots” for some time and has formulated its own internal guidelines.

Tobias, at Redseven you are responsible for overarching topics like sustainability. How are you making your productions greener?

Before every production, there has always been a big meeting in which we talk through and plan every aspect of the production with the management and everyone involved. Since 2019, sustainability has been a fixed topic at these meetings. We examine the feasibility of every individual target of our own catalog of measures with all services providers, from the caterer to the set builder and the lighting and sound engineer. In all this, prevention is the top priority, be it the prevention of waste, air travel, or electricity consumption. However, it is also important to retrospectively measure your advances. We keep very precise documentation in order to benefit from our experiences in the next production.

While Stefan Thul’s team launched the “Clean shoot!” campaign, Redseven defined its own measures for ecological sustainability. How did that come about?

We each independently recognized the necessity of environmental and climate protection targets for our own activities. You could say that great pioneers think alike. When we found out, we of course immediately shared our findings, compared our concepts, and discovered that both sides had defined almost identical recommendations. We then fine-tuned another couple of points so that, together, we came up with a really detailed and well-founded package. And we are still in close contact with our “Clean shoot!” colleagues about our progress.

What effect is your green engagement having on employee motivation and potential applicants?

Our engagement is certainly creating a brand new incentive for the young generation, who are again increasingly opting for careers in production. The topic is also popular among employees – simply because it is plain to see that we can all make a contribution to better environmental and climate protection through more conscious action.